The American pistachio industry tells the story of a “single pistachio seed”.  introduced to the United States . The seed was brought to the US from Persia by a botanist in the early 20th century . It resulted in a world-class industry success built from nothing.  The US is the largest producer of in-shell pistachios. It is also the largest consumer of pistachio products.

The introduction of pistachio to the United States goes back to 1854. Perhaps the Middle-Eastern immigrants brought pistachios to the US. A few decades later, small acreages of pistachios were planted in California in 1881. In the late 1920s, a botanist called William E. Whitehouse traveled to Persia for a year. He brought back a few samples of pistachio nuts. Among them, one female cultivar showed promise. He named the cultivar “Kerman” after the famous carpet-making city near where he found the sample. Kerman became the subject of decades of experimentation. It became the cornerstone of the American pistachio industry.

Before “Kerman” became the dominant female cultivar in California in the late 1980s, a few growers had small groves. They used other less fertile cultivars such as ‘Aria,’ ‘Bronte,’ ‘Red Aleppo,’ and ‘Trabonella.’ Many of these cultivars also came from Iran or the Mediterranean.

The American pistachio industry expanded slowly over the next few decades, and there wasn’t much interest in new cultivars.

Before the 1970s, the competition between California growers and Iranian suppliers was minimal. Iran was the leading global producer of pistachio. The sudden growth in the California pistachio industry came as the result of the U.S. imposing sanctions on all Iranian goods (including pistachios) in the 1980s.

Iran and the U.S. had a close competition for many years until the U.S. overtook Iran in 2017. It now produces nearly twice as much pistachio as Iran.

Dependence on One Cultivar

Pistachio trees are dioecious. Female and male flowers are born on different trees. Pollination (the release of pollen by male trees) happens for a few weeks and is assisted by the wind. Both male and female trees are required to produce nuts. For this purpose, growers plant Peters and Kerman at a ratio of 1:8.

The flowering period of ‘Peters’ overlaps with that of ‘Kerman.’ Other choices for pollinating parents exist and have been used to a much lesser extent.

American Pistachio Growers (APG) is a non-profit trade association located in Fresno, California. It represents over 800 members from California, Arizona, and New Mexico. Members are pistachio-growers or processors. The association provides training programs and production guidelines to all its members.

APG is governed by a democratically elected board of directors. Members provide the fund for the association.

Experts predict that American pistachio total production will pass the record 660,000 metric tons in 2026. There will be more bearing acres and new plantings (Table 1). But, acreage yield may not change as much.

NOTE: Pistachio is an alternate bearing plant. It produces a more than average crop one year (called “on-year”), and a lower than average crop the following year (off-year). For example, 2018 was an “on year” while 2017 was an “off-year.”

The development of new cultivars has made pistachio cultivation in the U.S. very successful. Below is a short description of these cultivars. We explain how they contribute to pistachio production in the country. 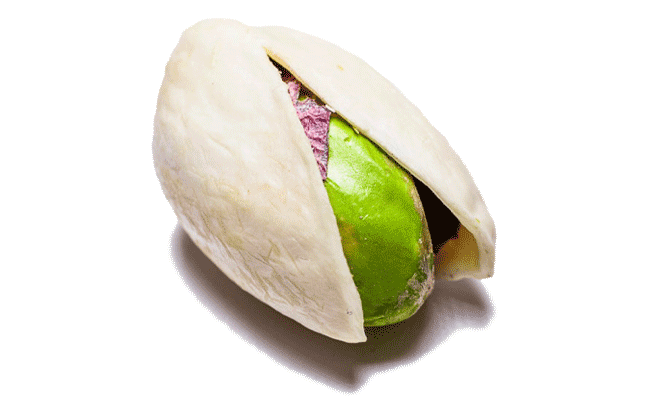 Kerman: “Kerman”  was introduced to the U.S. from Iran. It is the dominant female cultivar in California, where 90% of the U.S.’s pistachio is produced. Kerman has been a reliable female variety for almost five decades. But, Kerman has a few problems. One of these problems is the relatively high percentage of blank nuts.  The other problem is the high percentage of unsplit, in-shell nuts. These are closed-mouth nuts containing edible kernels).

Golden Hills: Golden Hills is the second-largest cultivated cultivar in California. It is an early-blooming and early-bearing cultivar. It needs less chill time than Kerman. In 2015, Golden Hills was used in 85% of the new plantings in the US.

Lost Hills: Lost Hills is another new early-bearing and early-maturing variety. Compared to Kerman, it shows higher yields and produces a higher percentage of split nuts in the first five years of production. It also offers more consistency in production as it has less tendency to be alternate bearing.

Gumdrop: Gumdrop blooms very early, and it has a lesser ‘winter rest’ requirement than ‘Kerman’ or ‘Golden Hills.’ Its performance in the warm winter demonstrates that it is also less affected by warm winters of low chill.

Joley: This cultivar also had an Iranian origin, like Kerman. It was an early-bearing cultivar and produced well-splitting nuts. But it never gained acceptance among California growers because it produced small pistachios. The pistachios were also susceptible to staining. So, many Joley orchards of the late 1980s were crafted back to Kerman.

Peters and Randy: Peters and Randy are male cultivars. Peters is the industry-standard variety of pollinating males. Kerman uses the pollen parent Peters. Randy is 10 to 15 days earlier to flower, has a longer flowering period, and produces more viable pollen than ‘Peters. It is mainly used to pollinate both Lost Hills and Golden Hills.

Grades of In-shell American pistachios include

Difference between American and Iranian Pistachios

In 2019, the in-shell pistachio export from the U.S. stood at 219,155 M, accounting for 62% of the total. The top destinations for American pistachios are China and the European Union, plus the United Kingdom.

In-shell pistachios are mainly used in the country as roasted and salted snacks.

It is amazing how the American pistachio industry grew from the “single seed of the century.” Kerman is the standard female cultivar. The US pistachio growers have had reasonable production for decades using Kerman. The country plans to increase its output per acre by developing new fruitful cultivars.

American pistachios are of Iranian descent. They are bigger and plumper than Iranian or Turkish pistachios but contain less fat, making them less tasty and more prone to peeling.

What type of pistachios do you like the most? Tell us about your favorite pistachios in the comment section.

What is the origin of American pistachios?

American pistachios originated from Iran. They came from a variety called “Kerman”.

What is the American Pistachio Growers (APG) association?

It is an independent association of pistachio growers in the US.

Suppliers used to dye pistachios red because of shell stains. Nowadays with advancements in harvesting methods, pistachios no longer have unappetizing stains.

One thought on “American Pistachio Industry: Born From a Single Iranian Seed”